Essential Question: what is community?

I am breaking my #KWEC13 blog post into two parts. Part 1 is the journey, and will focus on the experience of the conference. Part 1 is a stream of conscious reflection of the entire journey out and back. Part 2 is the takeaways, takebacks, and what’s next. Part 2 combines all of the media, goes into detail about the Keynote speakers, and attempts to make sense out of what the impact of the Kieve Wavus Educators Conference 2013 has had and will continue to have on my professional practice.

It’s been an incredible five days.

My mind is moving fast. My mind is mush. But I must force myself to get a draft out.

On Wednesday, the last day of July in the year 2013, I picked up my traveling companion Phill Klamm at 7:17pm. We were running late by my standards, we had a 10pm flight to catch out of O’Hare. At 7:08pm CST, I hit up @phillKlamm with the following text:

I had maxed out on patience, and as I strolled through the charming Wisconsin lakeside supper club, I spotted Homeboy Phill. He had a plastic bib on, he was reading his phone with his left hand, and shoveling lobster (Lob Sta) with his right.

I did not proceed further, rather, I turned back towards the Prius. Stewing. Anxiety, rage, remorse- the all collected. See, Phill was at an expensive lobster dinner with a table full of friends. They were seated late, and he was out early; probably, two full hours early. Phill had been at an Inclusion Conference in Wausau, Wisconsin for the three days previous to leaving for #KWEC13. He got home. He said hello to his wife and four children. He departed for Nobleboro, Maine. All to make himself and his community better. Students, staff, colleagues, and new friends got better and will get better because of the sacrifices Phill Klamm made.

Phill got his gear into my car, and we departed at 7:17pm. The owner of the supper club threw him desserts on his way out the door. Phill entered the car a bit disheveled. I think he could smell my anxiety about making our flight. “No worries,” He said, “we’re going to be just fine.”

A rain storm mixed with a traffic accident on I90 put us at the Economy Parking Lot of O’Hare at 9:38pm. When I opened my trunk, I noticed Phill had a bunch of clothes scattered, remember that, I didn’t really connect anything at the time, just that a bunch of his clothes were scattered throughout the vehicle. I ran towards the raised train shuttle that would take us towards Terminal 3.

Last Wednesday, I was fortunate enough to spend the day in the woods with students. About a hundred 14-15 year olds spent the day at a ropes course right outside Dodgeville, Wisconsin. It was awesome. Rappelling, climbing, hang gliding, swinging, circle discussions, it was a really cool day. And this is the first time I have been able to reflect on any of that. Because at 9:38pm on the last day of July, I had a plane to catch. As we entered security, Phill warned me, “I always get pulled out Dude.”

What else could I say, the tech in hand told us our flight was on time, and would be in the middle of boarding the second class folks by now.

I made it through security. And as I did, I noticed Phill was in the position he told me he would be in.

Toothpaste. A full tube of toothpaste in his carry on caused the following dialog.

Yeah man, just go. I’ll catch up with you.

At about that time, Phill was cleared to go, and we ran. We were those two dudes playing frogger in Terminal 3 at O’Hare. In a later retelling of this story, I would hear Phill say,

Some girl told me, ‘slow down man, you’re going to have a heart attack.’

It had to be a half mile sprint. I arrived at the gate at 10:04pm. Winded. It was the first running of any kind I had done since I fractured my foot on June 3. I was greeted by a friendly young man at the American Airlines counter, “You are fine. We haven’t even started boarding.”

When Phill and I gathered, we were both sweating as if we’d just completed a 5K. Suddenly, Phill started peeling off shirt after shirt. Polo. T. Dry Fit. Polo. It clicked, a connection was made. All of the clothes in my car had been layered.

We both busted out laughing.

Tough to get a load of laundry completed and fully dried when conference hopping. Any traveler has had an experience like this. Experiences shared together build community. Little did I know just how many experiences I would have over the next five days and how much community would be built.

At 1:18am, the first day of July in 2013, a friendly Livery named Mike picked us out of the crowd. His sign read, KIEVE, a phrase, a word, a place I have already romanticized (I struggled with butchering the pronunciation, and was nicely told by Michelle, “Think ‘Key and then waive without the W.”) I hopped in the backseat of the Lincoln Continental and fell out. I woke up in Maine at 4:24am. Phill and I found our room. We awoke at 7am, and then the real work began.

#KWEC13 – Beyond Learning By Doing, this is not your regular conference

First off, what has to be framed is the context of the conference, this is not your regular conference. Registration was set at a max of 20. The chief architectures of the entire event are/were Lisa & Thomas Steelemaley. In order to understand the what, Kieve-Wavus must be understood (please forgive my layman Midwesterner explanation, and please correct my interpretation in the comment section below). Kieve-Wavus is a sanctuary for learning, personal growth, and building community.  That’s the setting of the conference. The participants, and co-creators of the conference were amazing people. I hope I do not miss anyone in this post, and know that any misrepresentations are always correctable, just comment or tweet at me.

Secondly, this was a working conference. Thursday and Friday began before 8am and went until bedtime. Straight through, very limited breaks. 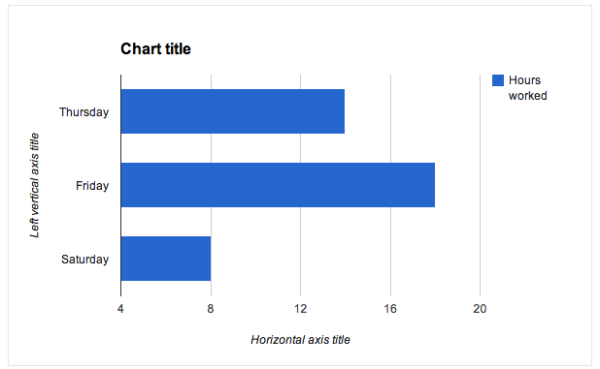 (Note: Friday’s conference ran until 1:44am on Saturday)

This was a transformative experience.

My next post on #KWEC13 will be a full run down of the conference co-creators, a full analysis of the activities, and thoughts for what is next. I’m hoping the entire experience can be curated in 10 hours, but we’ll see. There’s two dozen pages of notes, over two gigabytes of media, and many many posts to sort through on the conference hackpad.

I gave a blood oath promise I would have this post out before I slept tonight, and I’m glad I’ve kept to that word, but there is so much to be done!

There is so much to experience…

Do Work!
View all posts by Michael →
This entry was posted in Reflection, Teaching, Training and tagged education, Learning, reflection. Bookmark the permalink.